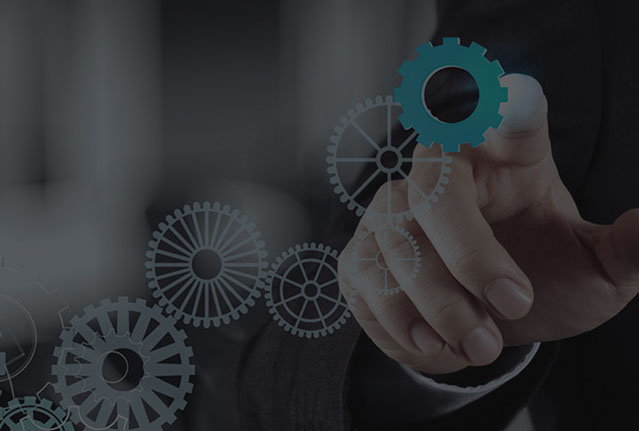 Recently, use of React has been increased in Web Design. Developers are using class based components in React which is quite hard to understand. Now, React has introduced Hooks in React 16.8 which lets you use state and other React features without using a class. Hooks are simply a function. Stateful logic can be re-used by hooks without changing component hierarchy. The best feature of hooks is you can create your Own Hooks. Hooks are the easiest way to use react futures such as state, lifecycle, context. This doesn't affect previous knowledge of react. You can split a single component into smaller functions based on related components. Classes act as barriers in learning react, which is now easier with Hooks. So if you are older with react you can try using hooks or if you are new to react, you can directly start learning with hooks rather than class based components.

In class method, state count is initialised by setting this.state to {count: 0} in the constructor. 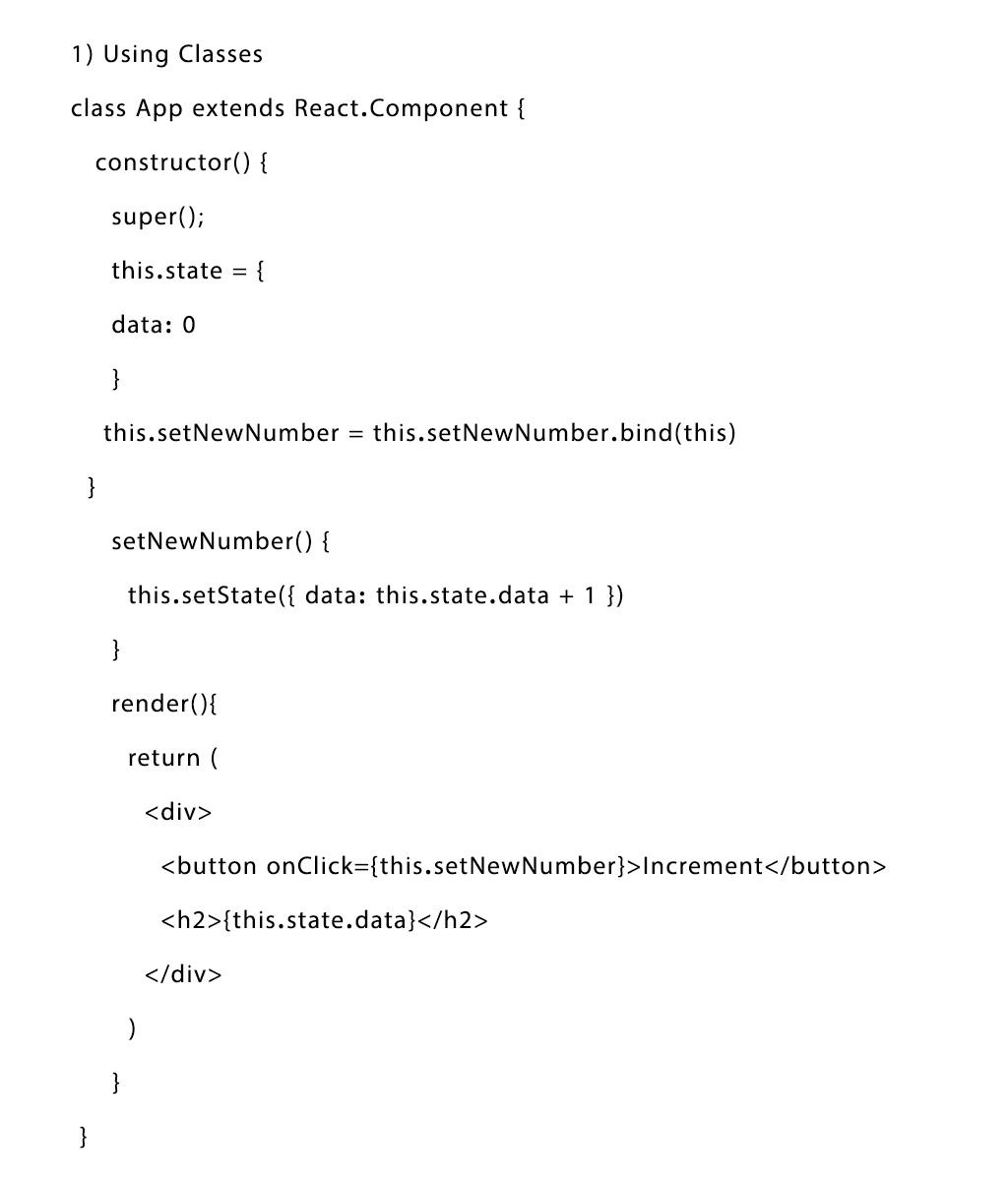 In the function method, there is no this we can’t assign this.state. Instead of that, we use useState hook in our component. 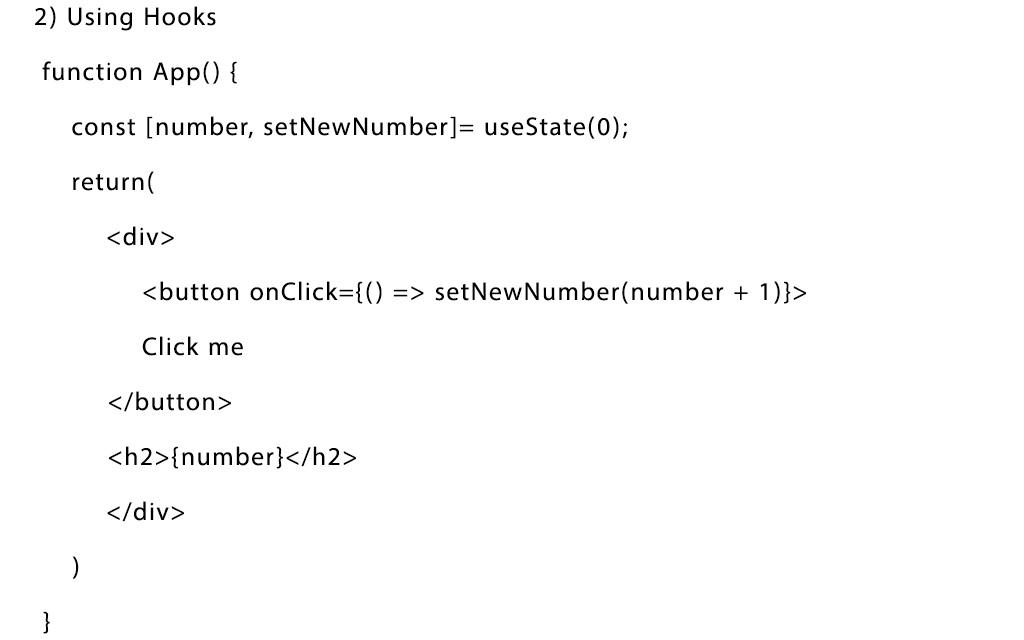